B-side of Don’t Let Her Be Your Baby

B-side of Don’t Let Her Be Your Baby 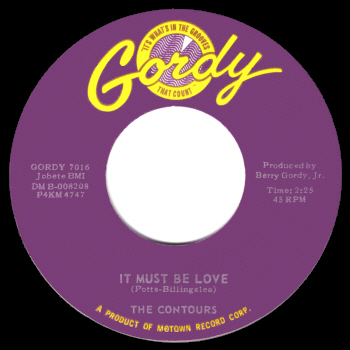 Whereas the success of Do You Love Me had, for the foreseeable future, consigned the Contours to a quagmire of uninspired, increasingly-tired soundalike follow-ups – Shake Sherrie, You Better Get In Line and the A-side here, Don’t Let Her Be Your Baby to date, and there’d be still more of them to come – this B-side, written not by Motown staffers but instead by two of the group themselves, is more of a throwback to the raucous rockers of their early days, and specifically the excellent Whole Lotta Woman, but with a more professional sheen borne of a year’s extra recording experience.

Somewhat against the run of play, it’s actually really good, and should totally have been the A-side here.

The group alternate lead singers – Sylvester Potts takes the first verse, while Billy Gordon reprises his sandpapery croak-scream from Whole Lotta Woman in the second and fourth, other Contours filling in on lead as and when needed – in an unexpectedly intricate fashion, impressively well-timed, to extremely pleasing effect.

It’s all good stuff, but when Gordon takes over, the song ramps up a gear; he bawls out his lines (Yeah, ‘s like I’m fallin’ fallin’ from a mountaintop, fallin’ fast and I can’t stop) at the audience with maximum force, while the rest of the Contours provide a startlingly smooth bed of sweet backing harmonies, filling in with both a great call-and-response bit (Do you really really love me? Do you really, really love me?, delivered with an audible wink) and a series of extremely well-judged “ooohs” that display depths of singing ability the group had frankly never even hinted at before.

Yet this is no sweet ballad – it’s a highly-danceable, vivid, pummelling freight train of a song, an uptempo R&B/rock & roll stomp with barrelling Northern Soul drum fills and handclaps, and a fine match between the charging music and the lyrical evocation of just what it’s like to fall hopelessly in love. It’s superb.

Completely out of nowhere, this has to be considered one of the best records the early Contours ever made, and it should have become a significant hit single in its own right, perhaps even leading to something of a reappraisal of this early line-up’s skills. (Certainly it’s made me think twice about underestimating them – I’d written this off before hearing it, a mistake I won’t be making again.) The fact that it came buried under a tenth-rate retread of Do You Love Me which all but killed them as a chart force just highlights how unfair the music business can be, because this is positively spiffing.