B-side of Come See About Me

B-side of Come See About Me

A big, dramatic gesture from the Supremes, stately and orchestral, the biggest production and arrangement of their career so far. The girls would make a career out of “up” music and “down” lyrics, but this is a double whammy, a sad and doleful tune to go with a sad and doleful text. For the first time since Never Again four years ago, Dolorous Diana Ross again gets to indulge in an unabashed bid for the listener’s heartstrings.

Not coincidentally, this is also the best Supremes B-side since Never Again. Like that song, it teeters on the brink of becoming maudlin, but instead keeps itself on the side of sweetly touching. Well, for me it does, at any rate. Perhaps I’m just a sucker for slowed-down melodrama. Whatever, I love this.

According to the liner notes to The Complete Motown Singles: Volume 4, this track was cut in late ’63 and originally earmarked for Martha and the Vandellas, rather than the Supremes, Miss Reeves’ group being Motown’s top act at the time. Whatever the reason for it being switched to Miss Ross’ lot instead, it wasn’t because Gordy changed horses mid-stream, backing his new biggest stars over his previous ones; when the Supremes cut their vocals for this, in January of 1964, they were still unknowns. There’s more than a hint of that early pre-fame uncertainty and desperation in Diana’s voice here, high and vulnerable like the old days, but – again, just like Never Again – it serves the song beautifully, the frailty she can still call upon, before the certainty that came with her impending superstardom, doing her a big favour with the wounded material.

Lyrically, this is the story of Diana’s narrator pining for her former lover, and it’s unclear whether we’re just talking about a run-of-the-mill breakup, or whether he’s died. Either way, you’d have to have a heart of stone not to feel lines like this:

The song makes use of a repeated trick, the notion that Diana can’t move on because she still hears the sound of his laugh, sees his face everywhere she goes. Alone in her empty house, his whispering sweet nothings “still echoes loudly in the air”, tormenting her even when she’s tried to put him behind her. It’s every bit as heartbreaking as the Vandellas’ Come And Get These Memories, but it’s coming from a very different place; there’s no defiance here, no show-of-independence ultimatums, not even any plea for help, just a tear-stained lament. 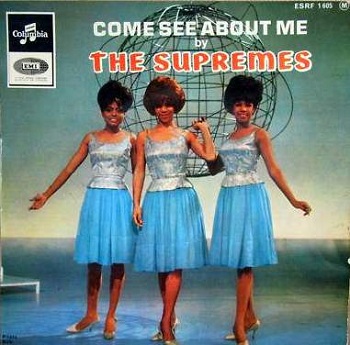 It’s easy to get these things horribly wrong, and this could have come out cloying and sappy, except that HDH wrap up Diana in a huge, expansive production that still nevertheless doesn’t make itself intrusive or unwelcome, doesn’t threaten to overwhelm the song: muffled kettledrums, banks of sawing horns, heavenly, reverberating organ, minimalist piano, Flo and Mary at the very top of their ranges cooing softly and supportively through the verses, all coming together for a huge singalong one-line “chorus” as all three Supremes pick up the main thread at the same time and then cut it with the finality of an audible full stop: al-ways-in-my-heart. It’s all just so tastefully done. That sounds like a criticism, but not in this case: it’s a lovely tune dressed up in just enough dazzling raiment to make its point felt, and no more.

As well as being a welcome reminder that the Supremes (and indeed Motown) weren’t just about big stomping 4/4 hits, it’s also a nice snapshot of how well the Supremes had gelled as a group in 1964 even before they really made it. This sounds wonderful, as well as being one of the Holland-Dozier-Holland trio’s most beautifully understated and underrated songs, a mediation on loss (or even bereavement) as powerful and dignified as anything pop music had done so far. If this was the sound of Motown “selling out”, I’m all for it.