B-side of Money And Me

A straight, almost note-for-note cover of a bluesy R&B song taken to the Top Ten in a version by Motown alumnus Marv Johnson on United Artists in 1959, this is pretty much an exercise in pointlessness; if you listen to that one, you’ve listened to this one.

Strong brings nothing to the song that Johnson hadn’t already done; his vocal isn’t interesting enough to sustain the listener’s attention on its own, and the band sound tired and bored. Really, you have to wonder what the point was, unless we’re to add “faithful covers of two-year-old hits” to the list of things Berry Gordy was willing to try in order to sell records. 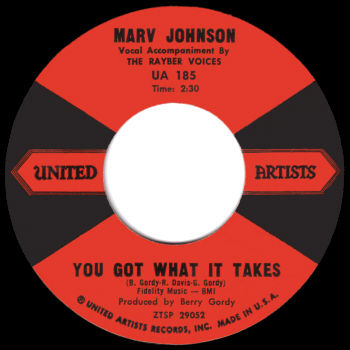 (Which isn’t at all beyond the realms of possibility; back in 1961, the music industry was a different place, and this must have been as good a bet as anything else, Strong’s name recognition and the song’s Top Ten credentials might have added up to success from DJs flipping the record over. Plus, we shouldn’t forget Motown and Jobete were both only initially set up because Berry was getting stiffed on royalty payments from his songwriting and producing work for white-owned labels; so let’s not forget that, this having been a hit song to which Gordy owned the rights, it was a valuable property and Motown were well within their, um, rights to dust it off. That it failed to sell, instead adding to Barrett’s increasingly alarming portfolio of post-Money flops, seems more obvious with the benefit of hindsight.)

It’s still not great, though.

Unlike the A-side, this one actually is funny – though not perhaps in the way it was intended to be. The narrator indulges in some slightly barbed criticism of the girl he’s singing to, criticism which in 1961 was probably meant to be played straight. It’s no longer amusing on that level, but for a modern listener there are still laughs to be had; it’s simply that the context has changed, and now we’re laughing at the narrator, rather than with him:

You don’t live in a beautiful place,
And you don’t dress with the best of taste,
And nature didn’t give you such a beautiful face,
But baby – you’ve got what it takes.