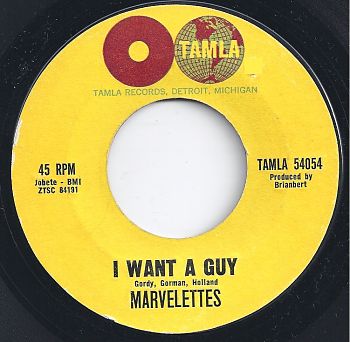 The Marvelettes’ first LP, Please Mr Postman, released in the autumn of 1961 in the wake of their mega-selling début single of the same name, followed the standard blueprint for many long-playing records in the earliest days of the 33rpm 12″ format: a hit single accompanied by a load of hastily-recorded filler. The days of an “album” as a creative concept were still some way off; indeed, the days of an LP being considered anything more than a new format of single with more space for B-sides were only just coming to an end.

Accordingly, Please Mr Postman the album was apparently a quickly-assembled rush job, supposedly completed at top speed with no great care or effort. I’m unclear as to whether it was a load of demos recorded before the big single broke, or a load of newly-recorded material done after the hit in order to get more Marvelettes product in the shops and cash in. Either way, the result was a widely-panned quickie effort which comprised six covers of other Motown artists’ previous releases, three underwhelming “new” songs, one B-side, and one magnificent hit single – a single which everyone in America already owned, of course, and therefore didn’t need to buy again. The album failed to chart.

The LP isn’t the train wreck it’s sometimes described as, but it’s not great, either. Its main problems are a lack of polish and professionalism, belying the speed with which it was apparently put together – vocals clash, instruments miss marks, the whole thing has a definite air of “no time for a second take” about it – and a really, really over-the-top use of the Ondioline, the French proto-synthesizer used by Motown before the acquisition of better keyboards and usually played by “Miss Ray”, Raynoma Liles Gordy, wife of company founder Berry Gordy Jr. (Most of the Ondioline bits sound better if you imagine they were supposed to be temporary, simply sketching out what should be lush, orchestral string parts which either time or budget didn’t allow to be completed.) Overall, despite the boundless charms of the title track, I’d argue it still weighs in as the Marvelettes’ weakest LP. No second single was released from the album, Motown instead opting for the newly-recorded Twistin’ Postman when the time came for a follow-up. 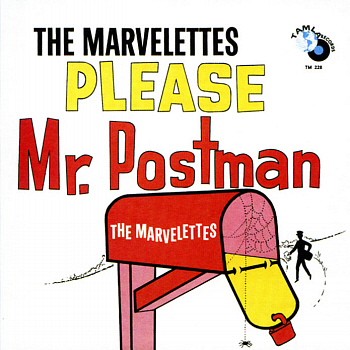 As mentioned, strewn amongst the wreckage of Please Mr Postman were six covers of Motown records already released by other people, most of them lesser-known pieces from the Jobete back catalogue, dusted off and hastily pressed into service: Angel and I Know How It Feels, both originally by the Satintones; Way Over There by the Miracles; Whisper by Marv Johnson (the B-side of Motown’s first ever single back in January 1959); Oh I Apologize by Barrett Strong; and this one. In order to accommodate both the Marvelettes and that bloody Ondioline, some of the songs were quite substantially re-arranged, re-timed, sanded down and otherwise altered. Which brings us, finally, 500-odd words later, to I Want A Guy.

Originally released as the magnificent, much-maligned début single by the Supremes in March 1961, the Marvelettes’ version – with a beguiling solo lead by Wanda Young, and barely featuring the other Marvelettes at all – is the best song on the Please Mr. Postman LP besides the title track. (Indeed, initial copies of the album came with a postcard for fans to send back and tell Motown which track was their favourite; I Want A Guy was apparently the runaway winner, which may explain why it was selected for release here. Or maybe it’s just because it’s fairly obviously the best unused track on the album, and Gordy hoped that jocks who weren’t into the Twist might turn the single over. Hard to say.)

The record has been substantially rearranged since the Supremes had at it, and everything’s more logically placed here; the accapella stops for Wanda’s enunciation of the title (keeping the melismatic drawn-out “I-i-i-i-I” as its first word) are still there, but everything else crazy about the original record has been sanded off and tidied up on this version. There’s no more eerie, piercing Ondioline intro (ironically considering the LP is virtually drenched in the thing – instead, we get a burst of backing vocals and drums announcing the song in dramatic fashion), no more tempo-changing stops in the middle of verses (that intro sets the pace for almost the whole record), no more bursts of jazz flute (the Ondioline takes the flute part), no glisses (indeed there’s no replacement for the Ondioline part from the original record at all, weirdly), and a much more radio-friendly, less outlandish drum pattern. It’s more obviously a pop single than the Supremes one ever was. 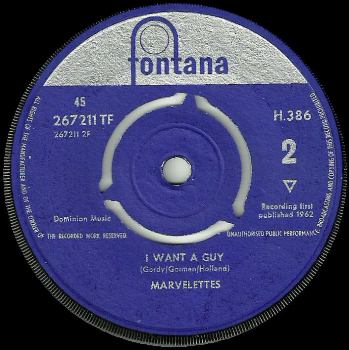 Compared to the Supremes version, there’s little doubt that this one is “better”, by most objective standards. The music is better (with one exception, of which more later), the whole band – drums, horns, guitars and (especially) bass – on scintillating form, while the burst of backing vocals which opens the record are quite superb. On lead, the vocals are smoother and more proficient than the Supremes had managed; this was Wanda’s best vocal to date, a million miles away from her callow screeching on the horrible B-side So Long Baby; she actually sounds a bit like Diana Ross here, but (bafflingly) a slightly later Diana Ross, circa 1963, not the Diana Ross who actually sang I Want A Guy. The whole arrangement and production seems more polished, less haphazard and more controlled; it feels professional where the Supremes record felt amateur.

So, objectively, everything says this should be the better version. But it’s not. Because it’s just not as charming, or as vulnerable, or as unique, as the Supremes version, not to me, at least. Even though Wanda and Diana were barely a few months apart in age, the Marvelettes cut seems to lack the wide-eyed, breathless teenage wonder of the Supremes record, which is gawky and uneasy and raw and riveting; this, by contrast, is a fine turn-of-the-decade Sixties R&B/pop record, but one which isn’t in the same league.

Not to me, at least.

I emphasise that again because I’m well aware that received opinion is quite, quite different to what I’ve just written there. Lest it be thought that I’m down on this record in some way, allow me to redress the balance a little. What happens when it’s not regarded in contrast to the Supremes version, when it’s not a cover of one of my favourite early Motown records, when it’s judged solely on its own merits?

The answer is that it’s very good. As mentioned, Wanda is on splendid form, and the whole thing is an enjoyable, if not particularly memorable, record. It’s still a weird, haunting tune, of which all three songwriters were hopefully proud. If we’re pretending the original didn’t exist (and presumably that was the position most buyers of the Please Mr. Postman album found themselves in, having never heard of the Supremes or their flop-tacular debut record), then it’s only let down by that endless overused Ondioline; while its use here is less egregious than on the rest of the Please Mr. Postman album, it’s still hugely distracting and incongruous, high, shrill and piping, and it also steps out of key very jarringly at 2:22, during Wanda’s big finish. Other than that, there’s really not very much wrong with this record at all.

No, on the whole, it’s good. It is. It’s just not pants-wettingly good, and so it suffers by comparison to the original, which I love. Which is more my problem than the Marvelettes’, I know, but there we are.