b/w Trouble In This Land

(“Written by George Fowler and Clarence Paul“, it says here) 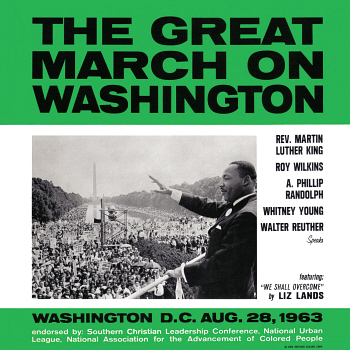 Up until now, Motown had very much shied away from politics. The company’s status – both as a black-owned business success story and as a predominantly African-American popular culture phenomenon increasingly beloved by white audiences – had lent it a certain significance which civil rights campaigners were finding increasingly difficult to ignore, but Berry Gordy had apparently rebuffed approaches to get Motown more directly involved in helping the cause.

The reasoning was purely commercial – as Nelson George put it, many observers and commentators (both African-American and white) mistook Gordy’s desire for success as his somehow preaching black success, the fact he packed the Motown front office with staff of almost every ethnicity conveniently overlooked. “The only colour Berry Gordy really cared about”, as the oft-repeated saying goes, “was green”; the implication being that Motown got political when it suited them commercially, but otherwise kept themselves out of the controversy.

History has judged this stance with ambivalence. On the one hand, in America politics has always had the power to kill an artist’s career stone dead. Mixed into the bitter stew of prejudice, bigotry and general lack of goodwill already faced by young black musicians and singers in the early Sixties, it’s entirely understandable that Motown simply wouldn’t want to expose its artists to additional obstacles and extra danger – however worthy the cause and however much Gordy might have personally supported it. On the other hand, though, for many commentators, Motown’s undeniable cachet and pull as a cultural icon – an icon which claimed to be “the Sound of Young America”, no less – carried with it a responsibility to stand up for the rights of other less fortunate African-Americans, and Motown shirked that responsibility so as not to rock the boat and risk losing precious sales.

This, Motown’s 340th planned single side, is used as evidence by both sides of the argument. We Shall Overcome, despite the frankly opportunistic writing credit on this record, is a reworking of a gospel standard originally written by Charles Tindley. After Joan Baez led a mass singalong of We Shall Overcome at the March on Washington for Jobs and Freedom (later referred to simply as the “Great March on Washington”), and her recording of it promptly began climbing the charts, Motown took note. They quickly had one Liz Lands record her own version, a tie-in with an LP of other political material related to the Great March, including contributions from A. Phillip Randolph, Walter Reuther, Roy Wilkins, Whitney Young and – most significantly, taking up most of the second side of the album – Dr Martin Luther King Jr., who delivered a version of his “I Have A Dream” speech (recorded in Detroit in June, several months before the March, rather than being a live recording from the day).

Liz Lands, who we’re meeting here for the first time, is certainly one of the more interesting peripheral characters in the Motown story. Born in the Georgia Sea Islands and involved from an early age in both gospel performance and Dr King’s Southern Christian Leadership Conference (whose Citizenship Schools were originally founded in the Sea Islands), she came to Berry Gordy’s attention performing with her husband Tommy Brown at one of the SCLC’s benefit shows, supporting Harry Belafonte. Her credentials for doing We Shall Overcome on a Dr King tie-in LP, then, are as strong as Motown were ever likely to find.

Liz’ most widely-reported claim to fame, though, is her astounding vocal range, supposedly spanning five octaves. In fact, on most of her Motown material, she displays little of this range; instead, she’s actually fixed in one particular role, and not a role that naturally suits her voice. The parts Liz performs on almost every Motown recording of hers I’ve heard are parts for what opera buffs would refer to as a dramatic coloratura soprano – in plain English, a very high voice adapted more to on-the-hoof swoops and trills than long, sustained passages, but still able to sustain a long note for several seconds if the piece calls for it.

And that’s the problem I have with every Liz Lands Motown recording I’ve ever heard (except one, of which more later): the piece pretty much never calls for it, but Liz just goes ahead and does it anyway, pinging all over the top of the register. A natural lyric soprano (at least I think that’s what she is – John Plant, are you out there?), she’s not a performer on par with any of the great coloratura sopranos, certainly capable of soaring right up to the top of the scale but grey and shrill when she gets up there. Her tessitura is nowhere near the high D she keeps on reaching for, but because she can hit it (unlike almost every other vocalist Motown would ever deal with), her producers are always so impressed they make her do it anyway, every time.

The novelty value outweighs sensible artistic choices. Who in the world was calling out for a gospel-opera crossover? Nobody, as it happens. As if to press the point, Motown pulled this Divinity single and planned a release on Gordy instead, now as a split release with a cut-down version of Dr King’s “I Have A Dream” speech on the A-side. When some legal wrangles broke out between Dr King and a bunch of other labels who’d tried to cash in on his fame, both the LP and the projected single were pulled back; after a brief delay, the LP did reappear in stores, but the mooted single didn’t surface until 1968.

And with good reason – this is awful, done with the very best intentions (politically and musically) but verging on the unlistenable. It’s a featureless musical soup masquerading as a powerful message and a great vocal performance. Liz appears backed by a gospel choir featuring some similarly operatic singers, one of whom – during the interminable “acapella warbling” section which bisects the song – actually manages (at 1:47) to go so high up the scale as to be inaudible, as she and Liz completely abandon the actual tune in order to indulge in a pointless song-ruining vocal duel which should really have been reined in a bit. (Unless it’s a tape echo of Lands herself on an earlier take, or a dub-in or something, which has only just occurred to me.)

It’s just noise. Really, it is. Just because you can hit a high note, doesn’t mean you always should; just because a record features someone doing something very difficult doesn’t mean it makes the record good. (See Cranford Nix’ frenzied, intricate picking on the Supremes’ The Man With The Rock ‘n’ Roll Banjo Band for a perfect illustration.) People have somehow conflated a big vocal range and a laudable cause with artistic merit. But this is wrong.

Just because most R&B and pop singers aren’t cut out to be opera singers, that’s not to say they’re somehow inferior. If your range is small, it matters not a whit if you use what you’ve got with skill, with heart. If you’ve got Motown behind you, with the Funk Brothers and the Andantes giving you everything a singer could ever ask for, you don’t need a five octave range. In fact, having a five octave range is an irrelevant bit of trivia, a hindrance. You’re wasted doing Motown – not because it’s beneath you, as some critics and even some producers might argue, but because it doesn’t make any difference here. It has the same bearing on whether you can make great pop records as your GPA or what colour shoes you wear. Technical ability has nothing to do with great records. If I’m meant to be impressed by someone’s sheer vocal power, range and brilliance, I’ll stick to Leontyne Price, who could have Liz Lands for breakfast – but who would probably turn in an equally horrible We Shall Overcome, and who I wouldn’t necessarily want to hear singing You Beat Me To The Punch. If you – or your producer – try and show off your range by having you swoop around the scale on a song that doesn’t call for it, all you’re doing is ruining the song.

(And especially a song like this, which explicitly calls for everyone to join in and draw strength from the collective power of unity, where aiming straight for high D is a crass move that immediately excludes 99% of your listeners from singing along. But I digress.)

The strangest thing about this is that once Liz Lands left Motown, she had a 20-year R&B recording career, none of the highlights of which involve her “displaying her remarkable range”, but rather turning in a series of superbly-judged, tightly-controlled vocals.

How do we mark this, then? It’s garbage, but well-intentioned, and it did just make me link to Leontyne Price. As a political statement, it’s a (10). As a record, on its own merits, as heard 48 years later?