B-side of The Feeling Is So Fine 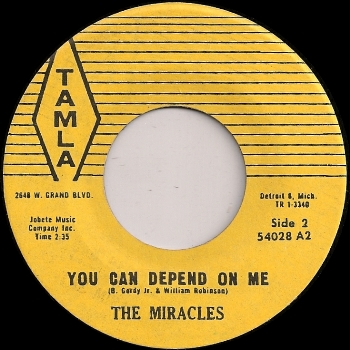 The first version of a song the Miracles would end up recording twice in the space of a few months. It’s quite pretty, clearly intended as a slowie ballad in the Bad Girl vein, sung in a very high register by young Smokey, who gives it his all, but not really to any particular end.

The liner notes to The Complete Motown Singles: Volume 1 refer to this song glowingly as “the crossroads of doo-wop balladry and modern silky soul”, but to my ears it mostly sounds like the former. If there’s a nod to “modern soul” here, it’s that Smokey belts out his vocals with abandon and trills away all over the scale without any real regard for the tune itself. 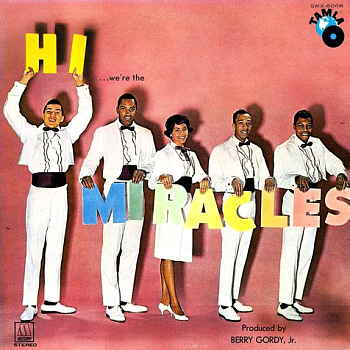 It’s to the detriment of the record, which – though it seems to be much beloved by Miracles fans – I’ve always felt is more of an exercise in vocal range and fuzzy atmospherics than a real song. I find it pretty but pretty forgettable, to be honest.

The recording quality of this first version is also really poor, Smokey’s high falsetto causing noticeable distortion at several points; I was expecting to discover that this was one of the numerous songs whose original master couldn’t be located when compiling The Complete Motown Singles: Volume 1, but no, it apparently really did sound like that.

This song was re-recorded the following year and released as the B-side to the Miracles’ first true masterpiece, Way Over There; that second version is covered separately in another entry. Strangely, of the two versions, it was this first pressing that ended up being used on the Miracles’ first LP, Hi, We’re The Miracles, in June of 1961.