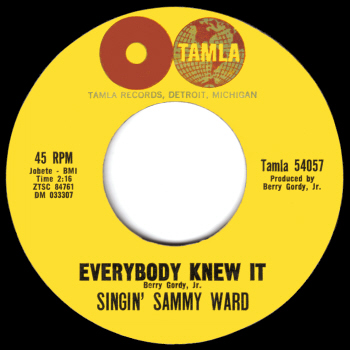 Straightforward and mostly forgettable, it’s an obvious soundalike follow-up to Ward’s previous single, the re-recorded What Makes You Love Him, complete with almost identical arrangement and backing vocals, but it’s not as well-performed and about a quarter as interesting. Ward does his best with the lacklustre material, but it just doesn’t stick in the mind; there’s simply no reason to seek out and listen to this one, not when there’s a superior version of what is for all intents and purposes the exact same song already out there.

Following up one single with a similar-sounding record would become a Motown staple, and it’s not difficult to guess that this was originally meant to be a single before the eventual A-side, the considerably more commercial Big Joe Moe, was recorded and this was condemned to the flip. Few would mourn its fate.