B-side of When The Lovelight Starts Shining Through His Eyes

B-side of When The Lovelight Starts Shining Through His Eyes 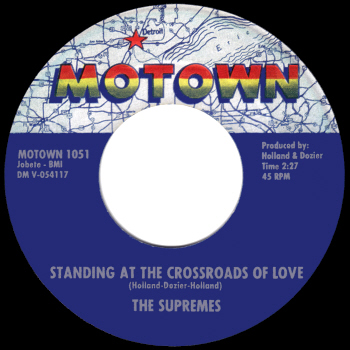 Vibes, organ, high notes aplenty; a shimmering crystal castle of an intro, giving way to Diana Ross, who joins in by clambering youthfully right up to the top of her range to give a shrill, thin rendition of the title phrase.

Miss Ross is back firmly in “shrill coquette” mode here, somehow sounding even younger than she had on the A-side When The Lovelight Starts Shining Through His Eyes, especially when next to the sexy, mature voices of Florence Ballard and Mary Wilson, very audible here doing call-and-response backing vocals over the Love-Tones’ male choral accompaniment. But this is no artistic decision; this was one of the first collaborations between the Supremes and the Holland-Dozier-Holland songwriting trio, cut six months before the A-side, and the gap between May and October 1963 sounds like a musical lifetime.

Diana’s slightly uncontrolled lead, at least a semitone too high for the backing track, nonetheless provides a remarkably effective hook, using her unusual voice (both flat and nasal here) as an instrument in its own right; very Smokey Robinson, that. When, in the song’s astonishing, undeniable highlight, she turns it into a refrain (Don’t know which way / Don’t know which way to turn), your heart could melt. 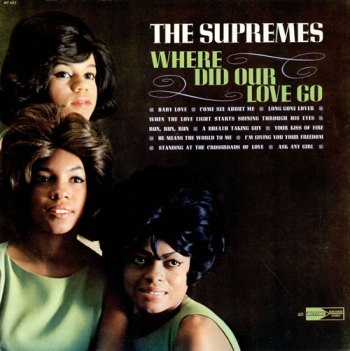 A pity there’s so little else to stop and enjoy with this one; the song pads itself out for an entire minute after that brilliant bit without going anywhere interesting. It’s as though everyone involved has settled for “good” rather than “spectacular”: a staging post on the road to stardom for the Supremes, in the process of being moulded by their new writers and producers, to be broken down from the unsuccessful girl group with the identity crisis and then built up again from a fresh start into the number one group in America. On this evidence, they’d get there, but it would take time. Good work, everyone, lots of progress – let’s call it a day now, I think. See you again tomorrow morning, girls, bright and early!

Still, for that very reason it’s a fascinating listen, and it’s all very pretty in its own right. Diana’s flat tones in the verses veer close to spoken word territory, but it’s really quite charming, more so in the knowledge that this is one of the last chances we’ll ever get to hear these unschooled, decidedly teenage Supremes doing their thing.

9 thoughts on “355. The Supremes: “Standing At The Crossroads Of Love””