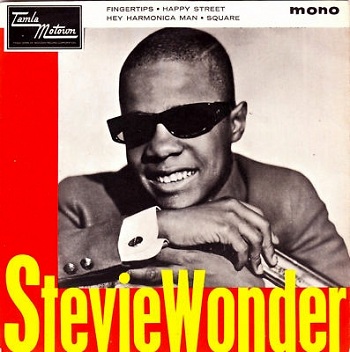 Eagle-eyed readers will have spotted I’ve now added coverage of the British-only Tamla Motown EPs to the site. In the spirit of making even more work for myself, I thought these records should be included as “Motown singles”.

Which means it’s time for a bit of history: when Tamla Motown launched on 19th March 1965, they announced themselves to the British market by releasing a slew of singles (all already covered) on the same day, along with six EPs designed to introduce limey listeners to the US label’s biggest star names. Of the 24 tracks featured on those British EPs, 23 of them had already been released on 7″ singles in the USA, and so we’ve met them already. But the very last track on the very last EP on the list was different.

The Square, then, which we’re meeting just slightly out of order (I’ll put it in its right place in the Master Index!), is the very first “UK only” track we’ve covered here on Motown Junkies – a track which never appeared on an American Motown 45 at all. Exciting times.

MY COUNTRY, ‘TIS OF THEE

As with pretty much every “UK exclusive” side released by Tamla Motown, US listeners weren’t actually missing out – The Square had long been readily available on Stevie’s début album, The Jazz Soul of Little Stevie, recorded way back in the mists of time (or 1962, which in Motown terms is the same thing) when he was eleven.

As would so often be the case in the future, the UK Tamla Motown label opted to pull an obscure album track for release on 45 in Britain; sometimes they did this to highlight a great LP cut that might otherwise have been overlooked, sometimes they did it because the US choice wouldn’t have worked in the British market, and sometimes they did it on an apparently random whim. (The Square, if you were wondering, seems to have been at least a little bit of that last one.)

Whatever the reason, the end result is that British Motown fans, who only got something like a quarter of US Motown singles to choose from, were readily compensated not only by the much higher quality threshold this prompted, but also by getting a large number of tracks which had never appeared on US 45s. Sometimes, if the British Tamla Motown office had picked a winner, the US parent label would follow their lead and put it out themselves back in America – and sometimes they wouldn’t, resulting in weird discographical curios like this one.

GOD SAVE THE QUEEN

Stevie Wonder, who was mired in a directionless, wheel-spinning spiral of shoddy material in March 1965, stuck between the novelty kiddie act phase of his life and the mature teenage pop star phase that beckoned on the horizon (though it’s fair to say nobody knew it at the time), was unknown to British audiences; Fingertips (Part 2) had never been a hit in the UK, and so Tamla Motown made that the lead track on Stevie’s EP, intended as a readymade introduction to Wonder’s work.

In that context – and knowing the other two tracks they chose to represent Stevie Wonder to limey neophytes were Happy Street and Hey Harmonica Man – the decision to go back four years in time and extract The Square, a jazzy, laid-back harmonica instrumental, to complete the set makes a kind of sense.

(Alright, it’s also entirely possible that maybe they just went to the very first new track they could find – this is track 2 on Stevie’s first album – but stay with me here.) 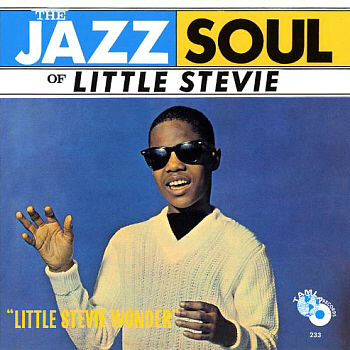 With the first three tracks, the image of Stevie they wanted to paint in new fans’ minds was clear: this guy is a happy-go-lucky harmonica-toting ball of energy who absolutely tears it up on stage. Never mind the songcraft, just enjoy the rush. Now, at the end of side two, here’s Stevie in more relaxed mode, showing off his versatility (but not too much, he’s still the same harmonica-toting etc etc you loved on side one! Buy his album! It’s all like this! He even name-checks the LP in the intro to Fingertips (Part 1), so you know it’s good! Cue a rash of angry punters confused by the meandering slow-jazz version of Fingertips and the rest of the directionless jams to be found on The Jazz Soul of Little Stevie – but the money’s already been counted by then.)

Still. Although The Square is short on energy compared to the more physical fare Stevie’s served up for us recently, and although it sounds a bit rusty compared to the older and wiser ’65-model Stevie we’ve started to get used to, this turns out to be a more mature and considered piece than Wonder’s actual new records have been of late.

Certainly, it’s one of the less embarrassing tracks Tamla Motown could have reached back to resurrect. It’s nothing special in itself, and it doesn’t particularly go anywhere; but rough, dated and messy though it undoubtedly is, it’s also not noticeably the work of a child novelty turn, a young man still being marketed in his homeland as the Adorable Blind Tween (TM) of a few years ago.

With no other background information, if you (a generic British fan) were told Stevie Wonder was actually a 40-year-old jazz harmonica legend from Alabama, well, after listening to The Square you could probably just about believe it. Note the song isn’t credited to “Little Stevie” any more; note the EP picture sleeve uses what could be an up-to-date photo of gawky teenage Stevie even though the material itself is far from up-to-date.

In its way, this British shift in marketing emphasis (even if Stevie himself was completely unaware of what was going on over the ocean) feels like another small but comforting step towards Stevie Wonder the mature adult solo artist, something that’s worth noting here.

We now return you to your regularly scheduled programming.