b/w Moonlight On The Beach

b/w Moonlight On The Beach

The second, and final, Motown single release for respected songwriters Helen and Kay Lewis – here now billed as “The Singing School Teachers!”, hardly a strapline to get the fans’ hearts racing – is almost as daring and offbeat as their first, the genuinely confusing He’s An Oddball. One of the more off-kilter entries in the Motown canon, that single is often explained away with a dismissive wave of the hand: clearly, it was just released as a favour to the sisters, a sweetener to make sure they stayed at the LA office, etc etc. And Motown must have been keen to keep them onside – how else to understand Motown signing Kay’s daughter Little Lisa to a recording contract too?

But I don’t think that’s the case at all. For a start, the charts were rife with similarly unusual fare in the summer of ’65, and He’s An Oddball is weird rather than awful (though lots of later commentators have confused the two). Plus, this one – recorded not in Los Angeles but Detroit – boasts an increasingly rare songwriting and production credit from the big boss, Berry Gordy himself. They weren’t abstract no-hopers – and the very fact they even got a second single (never mind one released internationally with a lavish picture sleeve – see below!) tells me Motown hadn’t given up on the idea of having hits with these two just yet. 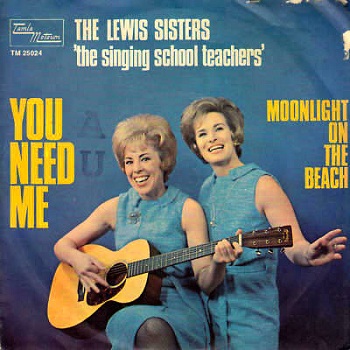 It’s much harder to see that ever happening with You Need Me, mind you. We start with a beguiling intro, the sisters’ vocals again apparating rather than suddenly appearing, like a ghostly presence in the room – “no man’s an ISLAND!”, they wail, like wounded sirens getting desperate. If radio was baffled by the opening, the rest of the track provides a sobering illustration of what might have happened to Brenda Holloway’s beautiful You Can Cry On My Shoulder if it had fallen into the wrong hands; it’s a big production alright, positively drenched in echo, but it’s musically messy, too many tempo changes and different melodic threads and sudden blaring horn riffs out of nowhere for the listener to ever get comfortable. The massive amounts of reverb (applied, according to the sisters in the liner notes to The Complete Motown Singles: Volume 5, because Gordy was trying to ape the sound of the Righteous Brothers) end up making the record sound tinny and cluttered, and even some awesome harmonica work (Stevie?) can’t quite fix things. Lyrically, too, it’s unlikeable, a selfish whinge that never gets more sophisticated in its persuasion than chanting the title, and which culminates in a puffed-up but dismally forgettable non-chorus. 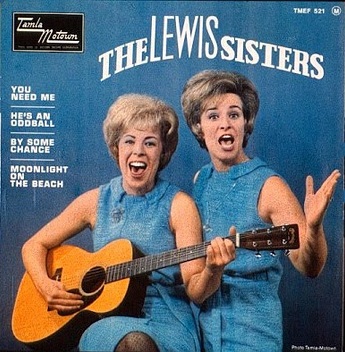 But it’s not a complete train wreck. For all its faults, and there are a great many of them, even though it’s ridiculous, ending up silly in the bad way (unlike He’s An Oddball which seemed to know how daffy it was, and played up to that accordingly)… for all of that, it’s never stupid. If anything, it reminds me of one of the Temptations’ very early singles, Check Yourself, with too many interesting little musical vignettes and half-sketched ideas for melodies all jostling for attention, none of them really getting up enough of a head of steam to carry the song home all the way. And they sound like no-one else on Earth, all high, wavering, otherworldly soprano harmonies that only ever sort of lock into the general drift of whatever’s happening at that part of the tune – which should be a big demerit, but which actually kind of adds to the weird charm.

Weird charm can only take you so far, and this isn’t great – it’s a mess, really, and probably an unsalvageable one at that (though Brenda Holloway did once gamely give it a go) – but it’s not completely horrific, and I keep finding myself strangely drawn to play it again.