B-side of Whisper You Love Me, Boy 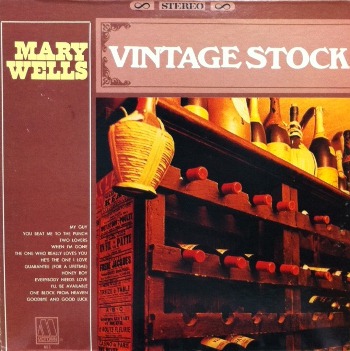 Those of you paying more attention than me would have read the heartfelt and lengthy goodbye to Mary Wells that made up the entry on Whisper You Love Me, Boy, and noticed that – because we review both sides of every Motown single separately here on Motown Junkies – the existence of a scheduled B-side to this cancelled, unreleased 45 meant we still had one more Mary song to go.

And you’re right, we do, but, well… firstly, according to the visitor stats, about half as many people read about B-sides as A-sides (which is interesting in itself, but a story for another day), and I didn’t want the farewell tucked away out of sight. And secondly, well, there’s no way I was going to say goodbye to Mary Wells while talking about I’ll Be Available.

This is a very odd selection for what turns out to be The Complete Motown Singles series’ last serving of Mary Wells. An older recording, cut with writer/producer Smokey Robinson back in the spring of ’63 when the pair’s midtempo calypso-tinged collaborations were still lighting up the charts, it was left on the shelf at the time of recording, and it would have been sat in the can for a year and a half by the time it was meant to appear if Motown hadn’t cancelled this single.

I have to say, I don’t really get Motown’s decision to dust this off. Presumably, it was picked in a white-heat frenzy of excitement in the wake of My Guy, as the label filled up its release schedules months in advance to get the follow-ups ready. So, maybe this was the only thing, er, available at such short notice. Maybe it was just pencilled in as a placeholder, to be replaced by one of the oodles of great new songs Miss Wells was bound to cut over the summer of 1964, and of course it never got replaced because Miss Wells actually walked out on the company and there were no new songs.

But whatever the story, this is still a weird choice for an exhumation. It’s not bad, it’s just very slight, and more than a little bit silly; a low-key, twangy, bluesy sort of a scribble, a skit for Mary to show off her sassy, engaging side, without any pretentions above its station.

I’d be amazed if either Smokey or Mary envisioned this as anything other than filler; neither of them is taking this too seriously, and even though I mean that in its most positive sense, it’s still quite daffy. Mary promises the listener that whatever life may bring in the future, she will always be… well, you can guess the rest. It mainly serves to illustrate how few words there are that really rhyme with “available”, leading to some splendidly unrealistic stretches as Smokey (surely knowingly) forces rhyming couplets where no such couplets should ever exist:

When every ship in the sea has become un-sail-able…
…When you need a love that’s un-fail-able…
…When the U.S. Mail is no longer mail-able…
You can call on me, I’ll be available

It’s not a joke, it’s not done tongue-in-cheek, but it is intentionally amusing, and it raises a smile – to match the one Mary’s clearly wearing. So maybe this was the right note for Mary’s Motown career to end on after all? Whatever, there isn’t any more after this, I’m afraid, and so it’s up to us to squeeze as much entertainment as possible from these last dregs. Which, it turns out, is actually quite a bit of entertainment, all things considered.